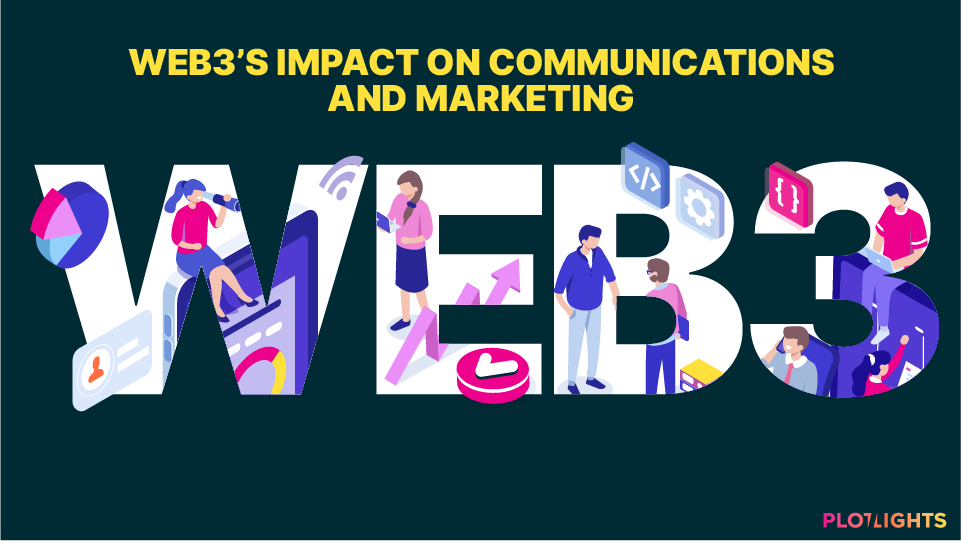 Web3 is a different way of architecting the internet using blockchain, which provides an open, transparent, and decentralized way of interacting online.

Web3 has the potential to remove the power from large tech corporations by giving data ownership back to the individual users of the internet, which could defang big data and solve data privacy issues.

Many internet users aren’t aware of the brief albeit impactful evolution of the internet. Netscape launched its web browser in 1994, prompting the dot-com explosion. In the beginning, Web 1.0 users were consuming content. Back during the AOL and Yahoo days, users would instant message each other online, and conversations would disappear after they were closed. Tim Berners-Lee’s internet was to be “a collaborative medium, a place where we [could] all meet and read and write.”

Web 2.0 was focused on users creating content. This is the emergence of social media, blogs, sharing sites, and so on. At the time Web 2.0 emerged, “giant companies in retail and publishing that did not adapt have died or are struggling to stay alive.” The business model of Web 2.0 focuses on user-generated content and profile data that can be sold to third parties for marketing purposes.

One of the problems with Web 2.0 is that it depends on large corporations to keep conversations private. However, we have no way of knowing if a company has a key to decrypt all the data. “We can’t see the code. We don’t know how their service runs, we can’t see their key structure. So all we have is the blind test that they are telling the truth.”

Web 3.0 relies on the rise of technologies such as distributed ledgers and storage on blockchain, which allows for data decentralization. Gavin Wood, the creator of Web3, defines it as, “less trust, more truth.”

Another essential concept of Web3 is NFTs, a one-of-a-kind digital asset that represents real-world items. They differ from cryptocurrencies such as Bitcoin, which you can exchange for another Bitcoin. NFTs are non-interchangeable, imitating the uniqueness of a real-life item that you might own, such as a much-loved pair of shoes.

Blockchain in PR and Marketing

Blockchain will benefit the PR market in a few ways, such as the ability to verify news stories and reduce fake news. Bots will become more easily identifiable, removing noise from digital campaigns and producing a more accurate representation of reality.

The sale of the first purely digital work of art occurred at the major auction house, Christie’s. The piece “Everydays – The First 5000 days” by digital artist Beeple sold for $69 million, marking a shift towards a direct-to-consumer model where artists and makers will be able to sell their creations outside of a centralized platform. NFTs have the potential to remove middlemen, such as YouTube, Facebook, Instagram, or other marketplace companies. This means PR and marketing companies would interact directly with creators themselves.

There are several ways brands and communicators can prepare for Web3. Research by Deloitte emphasizes the 3D nature of Web3, which blurs the line between the digital and physical world. For example, cities are creating entire 3D digital twins of themselves, which help with decision-making and scenario planning. Deloitte suggests future-proofing by adding 3D assets into your business. For example, if you’re in manufacturing, through 3D product models, factory technician training videos, and customer support. Another opportunity is using location-based sensor data to develop content, such as retail stores’ camera feeds, trackers on trucks, or infusion pump sensors.

Web 3.0 focuses more on the individual creator, which will push the demand for unique, quality, and authentic content even higher. Martech suggests that marketing professionals should be less focused on optimizing for individual platforms (i.e. Google, Facebook, etc.) and creating a coherent brand message, relevant content, and offer. Marketing efforts should also depend less on personal data for advertising and find alternatives to distribute at scale.

One powerful functionality of Web 3.0 is the ability to bring together a group of people and purchase physical objects as equal owners. ConstitutionDAO is a group of investors and crypto enthusiasts who came together to purchase the US constitution, which was planning to be auctioned off for an estimated $15-20 million dollars. ConstitutionDAO didn’t end up winning but records were broken for the most money crowdfunded in less than 72 hours. The power for content creators is the ability to “more easily pool resources, own things, and self-govern,” which also means working in a universally equitable work environment.

A similar function of Web3 is the ability to build a business that thrives, while simultaneously rewarding the community that supports it. According to Joe Pulizzi, “Web 3.0 for content creators means shared financial success with their communities.” The Tilt, founded by Pulizzi, has a community token at the center of its business model.  Individuals gain perks from the organization that issues tokens such as exclusive content, access to the brand’s digital community, merchandise, etc. Community tokens are scarce, portable, and owned by the person who holds them.

Risk and Opportunities of Web3 for Communications, PR & Marketing

Web 3.0 could be the solution to data privacy issues. Personal data is currently stored by massive companies such as Google on their centralized databases, arguably at the expense of the individual. With blockchain at the core of Web3, personal data and content would be given back to the individual. Users would also be better protected from private and government surveillance. Web3 avoids data breaches, a fundamental weakness of Web 2, by distributing data across many nodes.

There are risks with decentralization, too. Regulations are still to be put into place about the location and justification of decentralized data, determining who controls the data, and how to delete or change personal information. Policing cybercrime, such as online harassment, hate speech, child abuse, would become even more difficult. The regulatory privacy framework from Web 2.0 may not be enough for Web 3.0.

Web 3.0 reflects the cyber-libertarian views that envision empowering users by breaking down the power that a few existing entities monopolize. It’s unclear if this utopia will be the actual outcome of Web3. For example, a large percentage of Bitcoin is already owned by a very small number of people.

Here are the key takeaways for communicators: